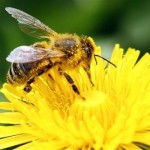 Since June 2001, when the Supreme Court of Canada upheld the pesticide by-law passed by the Town of Hudson, several municipalities in Ontario have implemented similar by-laws.  To date, Cobalt, Perth, Caledon, North Bay, Toronto, Peterborough,  The Archipelago and Thorold have passed by-laws to restrict pesticide use within their boundaries. Many others have opted to public education options.  This approach, however, provides limited protection to Ontario residents. END_OF_DOCUMENT_TOKEN_TO_BE_REPLACED 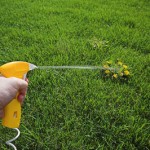 The lack of adequate protection from unwanted exposure to lawn pesticides at the federal and provincial level has fueled a growing surge in municipal pesticide restrictions designed to enhance the protection of the environment and public health. The number of municipal/regional by-laws currently in place across Canada has now increased to 140. Many additional pesticide by-laws are at the draft stage pending adoption.

1286 municipalities of all sizes have passed or are under the protection of various forms of pesticide by-laws passed by their regions or provinces. The largest is the City of Toronto with a population of 2.5 million while some are as small as Lac- Saint-Joseph, Québec with a population of 229.

There are over 14 million Canadians, or approximately 44.3% of Canada’s total population (based on the 2006 Census), benefiting from enhanced protection from unwanted exposure to synthetic lawn and garden pesticides. This figure includes the enhanced province-wide protection provided under Québec’s Pesticide Management Code. There are 1141 municipalities (cities, villages and townships) within Québec.